I started making cheesecakes back in the 70's for our church Fall Festival.  Each year I doubled this recipe and made a huge one to sell.  I always put blueberry pie filling on the top.  This recipe was from an old Southern Living Magazine from that era and is really easy. 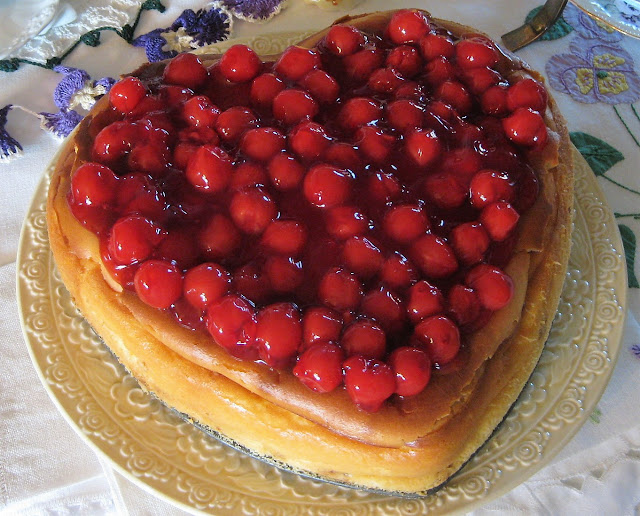 I loved the scene in "Julie and Julia" where Julia Child talked about when things go wrong in the kitchen and said "whose to know - it's just you in the kitchen".  I had one of those moments last night after putting the cheesecake in the oven and looking over to see the flour still on the counter.  Yes, I forgot to put it in!
So....I grabbed the cake pan back out of the oven - dumped everything back in a bowl and mixed in the flour and returned it to the oven. Of course, some of what was intended as the crumb crust was now mixed through but it didn't matter really.  I topped mine with cherry pie filling. 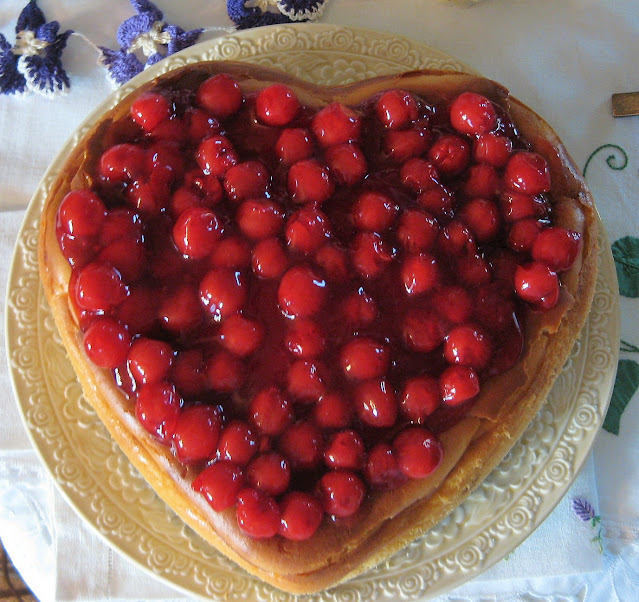 Here is the recipe and remember to add the flour!  You will need these ingredients:  For the crust:  1 1/2 cups cinnamon graham-cracker crumbs and 1/2 stick of butter melted 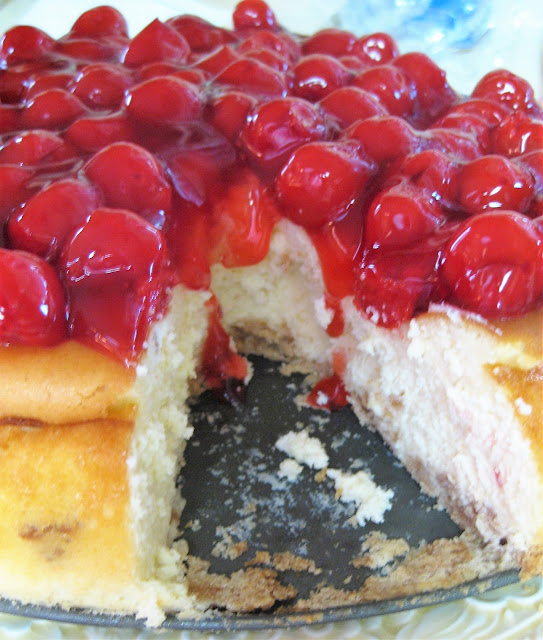 To make the crust:  Generously grease a cheesecake pan with butter.  Place pan in center of a piece of aluminum foil and press foil up around side of pan

Combine graham cracker crumbs with butter in a bowl and mix well. Press them in the pan on the bottom and up the lower sides and put in the refrigerator

Now the filling:  Mix on low in a large bowl: cream cheese and gradually beat in sugar until light and fluffy.  Beat in egg yolks one at a time until well blended and stir in sour cream, flour, vanilla and lemon rind and juice until smooth.

Bake at 350 degrees for 1 hour and 15 minutes.  This recipe suggests leaving the cake in the oven to cool for 1 hour.  I didn't have time for that as I had to go to bed but I am sure it has to do with keeping it from "falling".  Mine fell - no one cared.

Chill overnight before serving and put any pie filling on top if desired.
Posted by Bernideen at 11:25 AM

It looks delicious from where I sit! If only my folk could reach through the computer to your kitchen!

I love it Bernideen...it's a beautiful cake and I'll bet it taste yummy. I've done exactly the same....! Julia was soo right...great advise...who is t know?

A cheesecake lover here!
I've never fixed one with sour cream...gonna have to try this.

I would imagine your cheesecake still tasted delicious even with it falling and last minute 'put the flour in!'

That cheesecake is just a beauty to look at and it must have been a dream to eat. I have a sweet treat linky party going on at my blog and I'd like to invite you to stop by and link your cheesecake up. http://sweet-as-sugar-cookies.blogspot.com/2011/03/sweets-for-saturday-10.html

WHAT A LOVELY CHEESE CAKE, I LOVE CHEESECAKE. YOU MADE IT SO PRETTY, YES, I'LL HAVE A SMALL SLICE WITH A CUP OF EARL GREY...THANK YOU
HAVE A WONDERFUL DAY.
RIZZI

Delish Bernideen!
and the setting for the yumminess is beautiful too... thank you ~

This looks delicious. I remember a neighbor, of years ago, made a jam cake and forgot to put the jam in �� 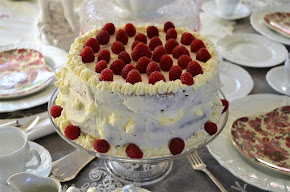 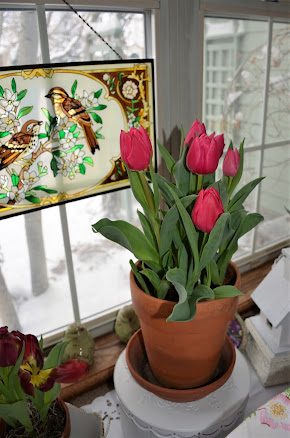 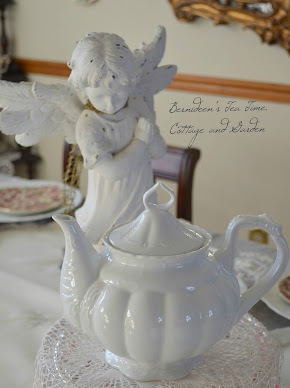 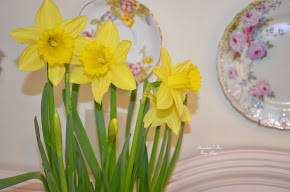 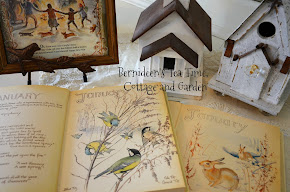 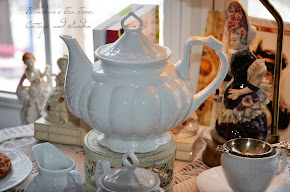 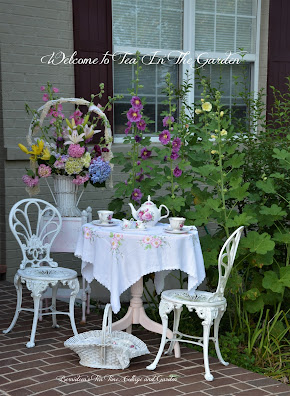 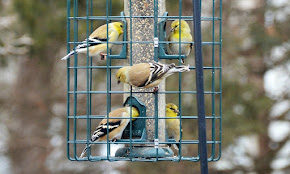 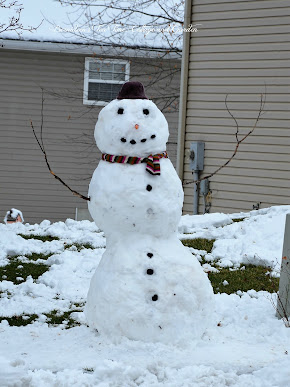