AFTERNOON TEA WITH SOME CF LADIES

I am pleased to share photos of an
Afternoon Tea I had on Sunday
afternoon.  We were glad to be down
in the cool tea room and not out in
the hot, sunny garden. 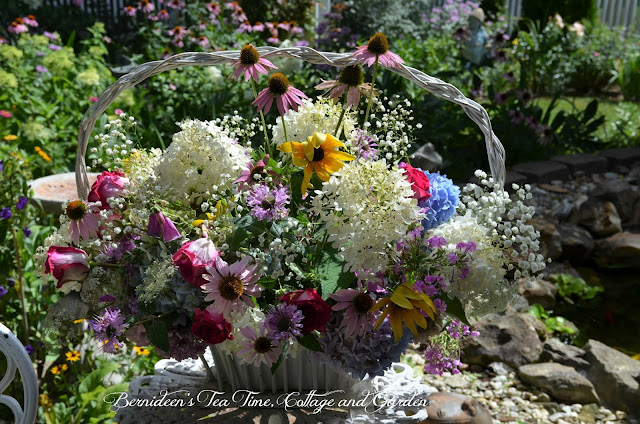 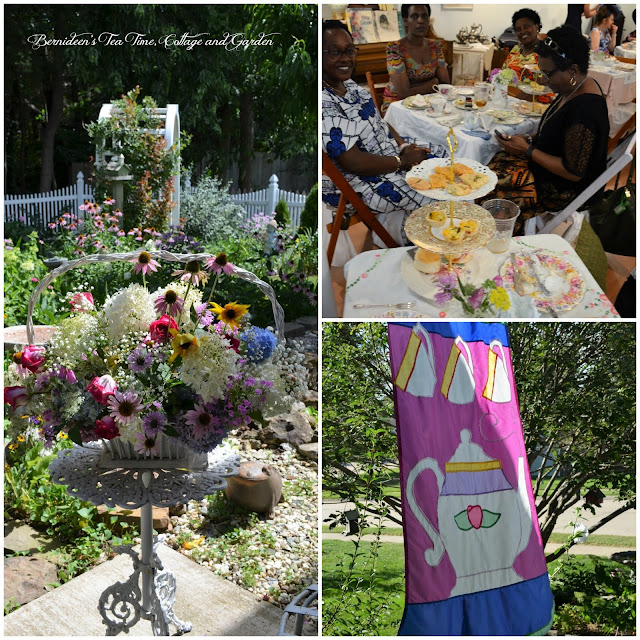 There were 27 ladies from
"Christian Fellowship" who came to
relax and enjoy Afternoon Tea.

Gredia (pronounced Sha-re-tah) offered to
sing and we loved her two beautiful songs. 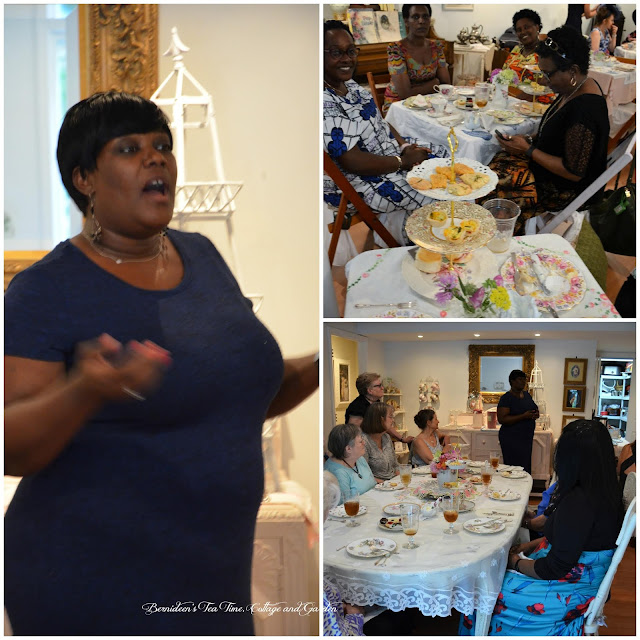 We had mature women and young women
and our new "Tea Baby" Adalea! 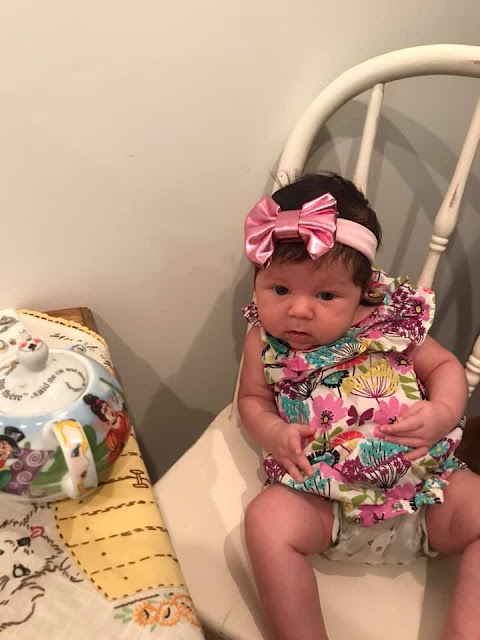 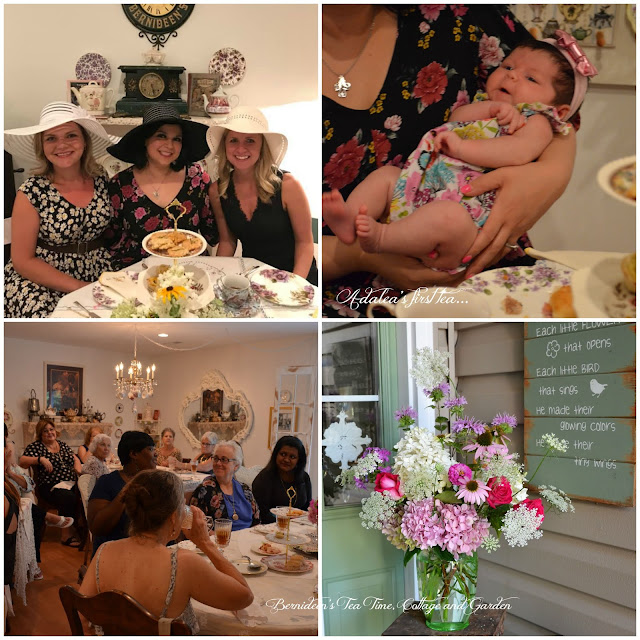 We were honored to have 2 women who were
refugees from the Congo and Caritas Habimana
who was a refugee from Rwanda. 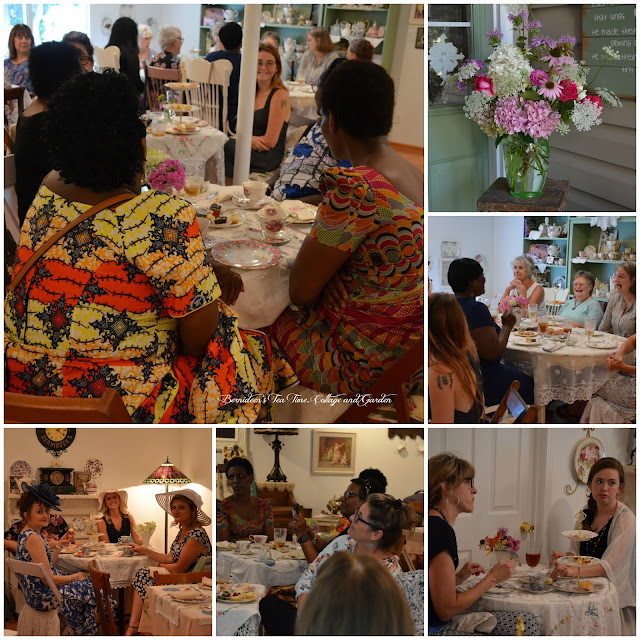 I do things different ways for different
teas and this time I decided to use my
3 tiered servers at the table rather than a
buffet.  A few ladies enjoyed hot tea but because
of the heat most of the ladies chose iced tea. 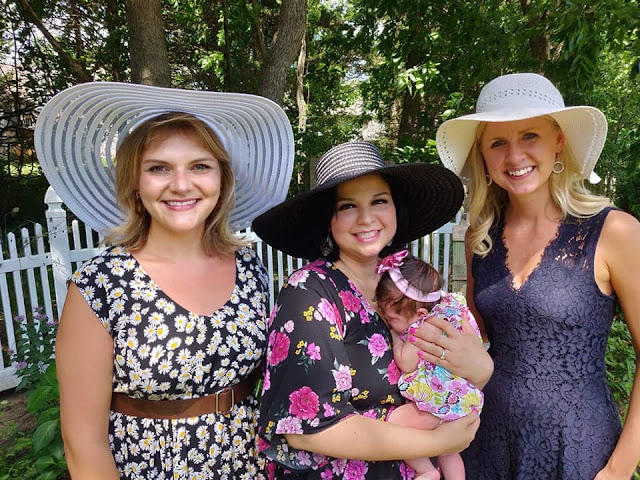 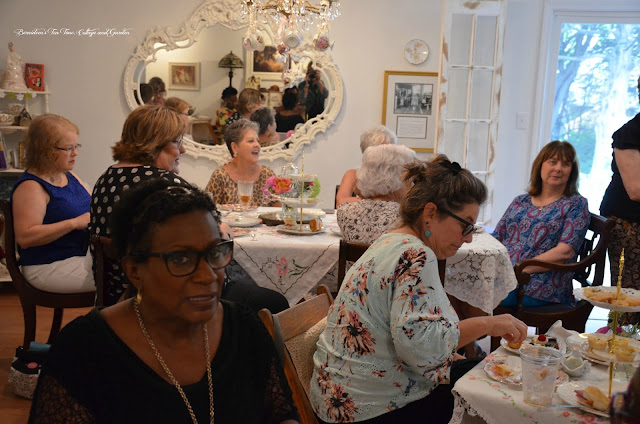 I used the recipe for the lemon pound cake given in the link but poured the batter into mini muffin tins and shortened the baking time......they worked perfectly! 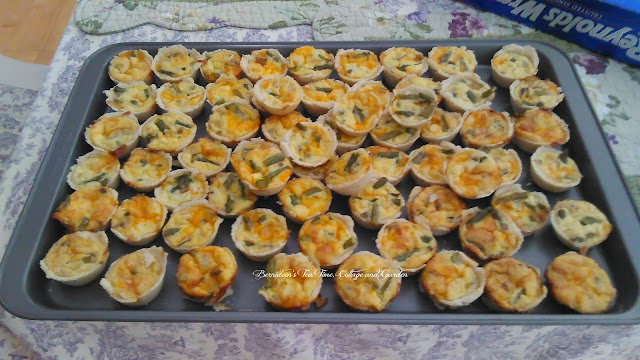 One last idea for you here today:  I baked the
Cheese Asparagus Onion Quiches in shells.
Instead of using Crisco - I used lard in the
dough - yes lard.  I have been wanting to do
this for a long time and I DO LIKE the crust
better!  You can buy lard at the market
next to the Crisco. (use the link to the recipe
above just change the cooked asparagus, etc)
Instead of a large quiche - I made mini ones
in the mini muffin tins) 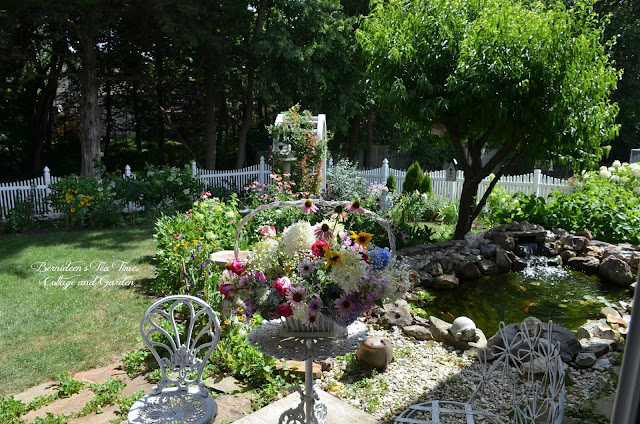 Out in the garden some hydrangeas are
blooming and others are starting to
bloom.  Monarda and Cone Flowers
are in abundance and then miscellaneous
flowers.  I am so enjoying having a garden. 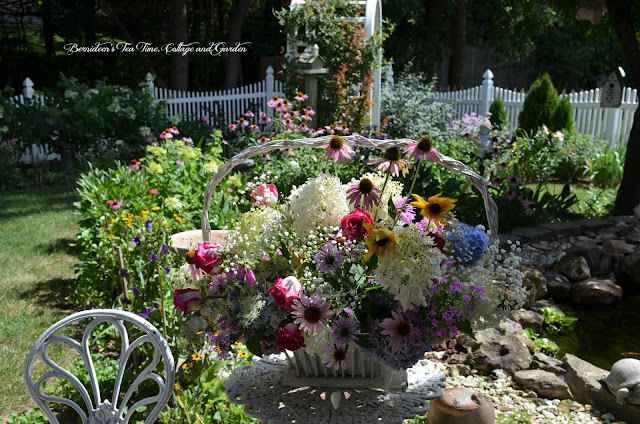 I baked pretty much all day on Saturday
and early Sunday morning and love, love
my new convectional oven. I also did one
thing wrong by putting my crackers too close
together in baking them - so now I learned
that lesson the hard way which seems to be
my best teacher always!

Here is one of 2 cheese cracker recipes I baked.
This one was the White Cheddar Cheese Recipe from the July/August issue of Victoria.  I put
springs of Rosemary on top of mine. 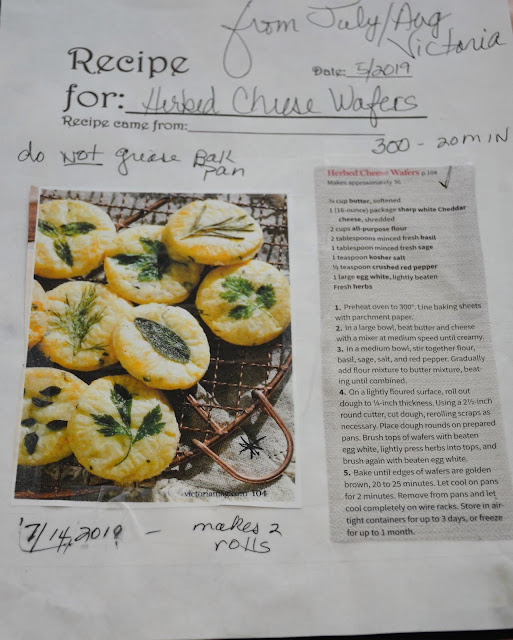 Dear Bernideen, you are a wonderful hostess! There is such a sense of satisfaction when everything you serve has been homemade and I imagine your ladies enjoyed every bite and every sip of tea. I think it is a lovely ministry to open one's home to have a tea party. So glad you've shared with us. Enjoy your summer and your garden. Blessings...Sandi

What a special teatime. Also love your garden and so glad you are enjoying it. That is one beautiful bouquet.

This looks and sounds delish---and what a nice group to have for tea! As always, enjoying your posts! Sandi

Thank you for sharing about this tea! I've been wanting to host a tea again, and this has spurred me onward!

Your menu sounds wonderful, too.

What a wonderful tea party!

You have the Christian gift of hospitality and it looks very pretty with flowers, ladies dressed up and delicious food. When I attend a tea I wear a hat, like some of your ladies did.

What a lovely afternoon tea for friends!

Yep, I've learned a lot from my mistakes. :)
What a lovely gathering. How nice to have that cool basement. You put on a great spread. Everything looked delicious.

Everything about this post is fabulous! Love the gathering of friends in your tea room. Adorable cutie pie Adalea - I see many tea time adventures for her in the future! And the addition of fresh herbs on top of the cheese wafers is simply perfect!