Here in Missouri there is an area of many
small towns known as the Boonslick!  That is because
salt was discovered there many years ago when
animals would go to lick the salt coming out
of the ground.  Daniel
Boone's sons had a business selling
the salt.  This week we visited 2 of
the towns in the area and today I am
sharing the town called "Arrow Rock" which
has a population of 54 people. 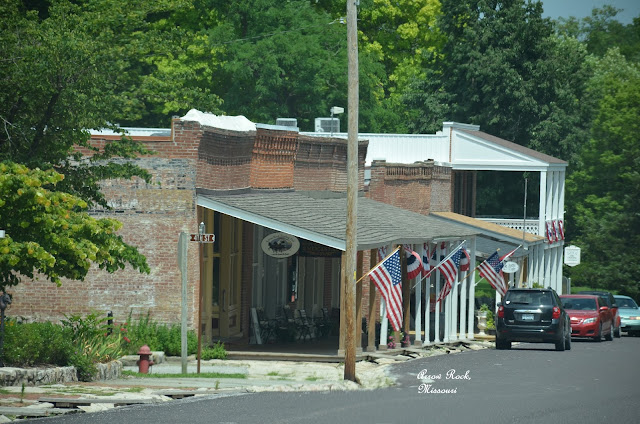 The shops were closed on the day after
the 4th of July when we arrived. 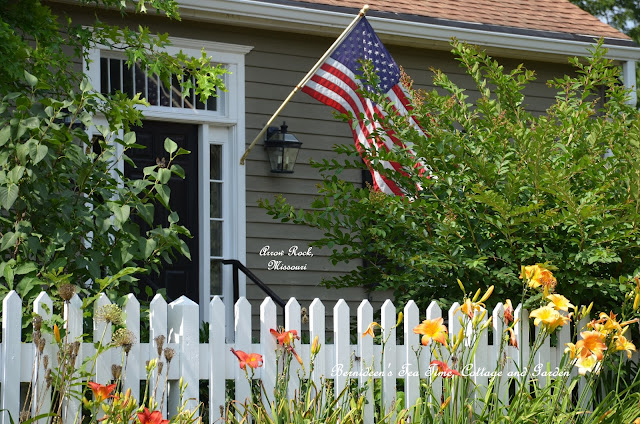 We went through the museum and watched a movie.
The area has a great deal
of history about the Civil War
and the Lewis and Clarke Expedition
during the time of Thomas Jefferson.
The Missouri River played a great
roll in the transportation of salt
from the Boonslick. 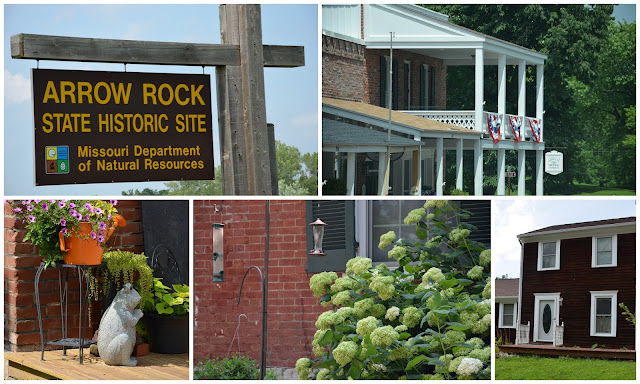 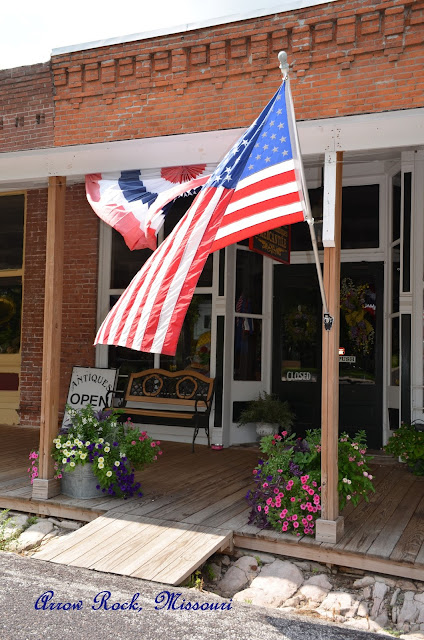 I would like to go back and visit the Lyceum Theatre
which puts on many live productions: 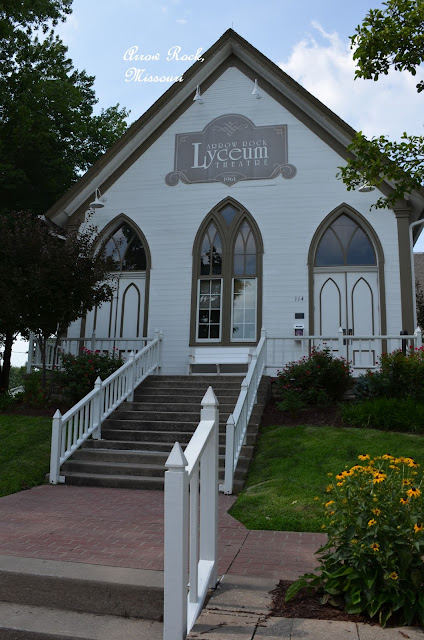 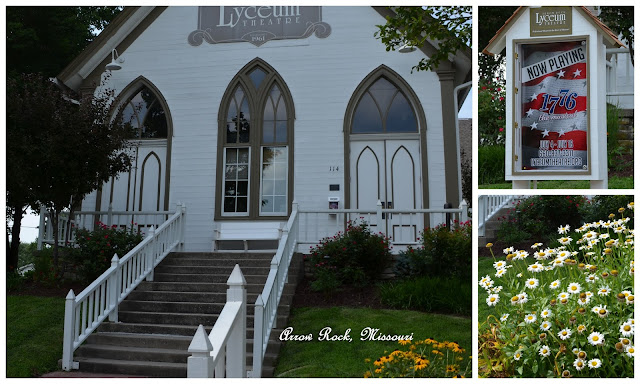 Of course I loved this display outside a shop: 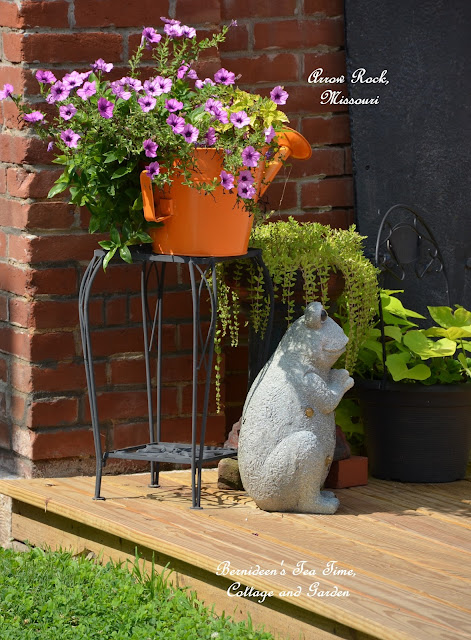 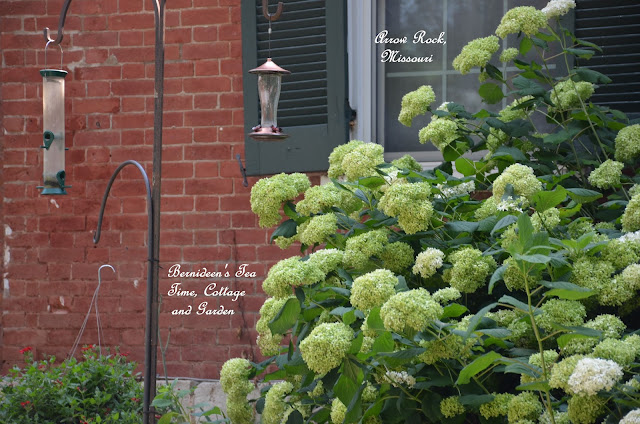 We were told in the museum that the drainage
ditches such as below were
built by slaves.  I can say it was sobering
seeing what the slaves endured: 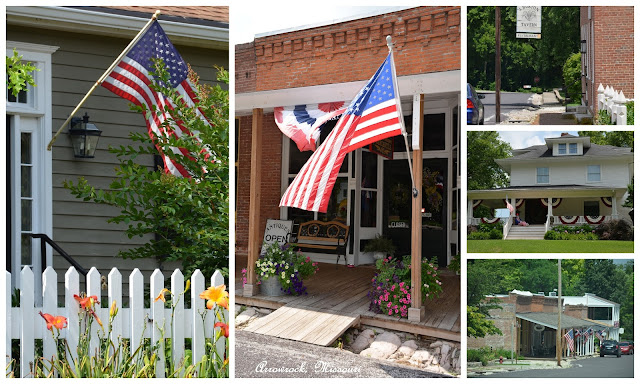 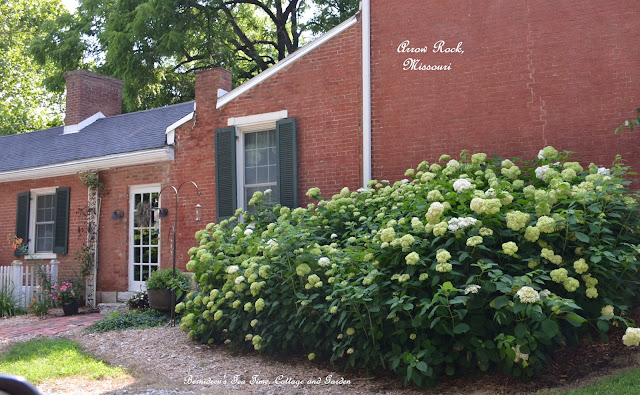 Some of the homes in Arrow Rock: 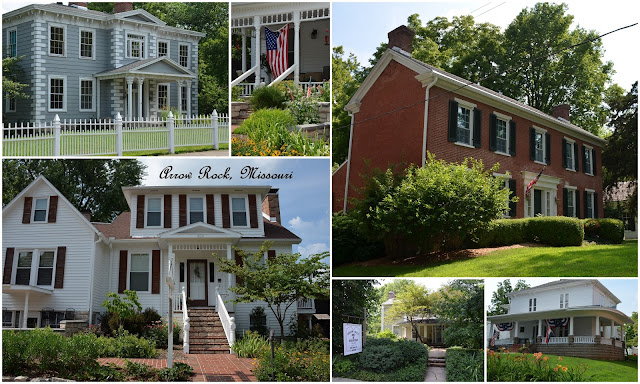 This is just one of the barns in the area painted with quilt designs: 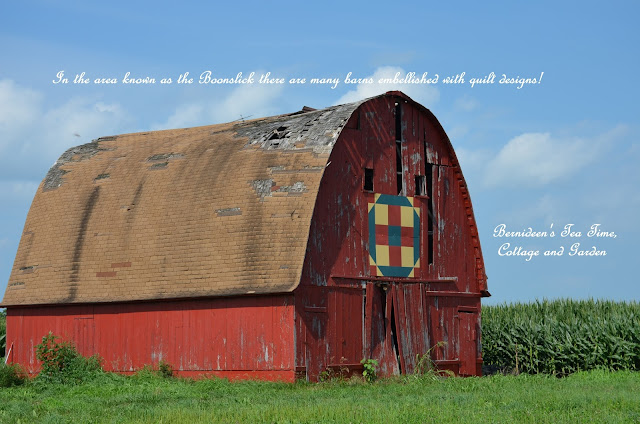 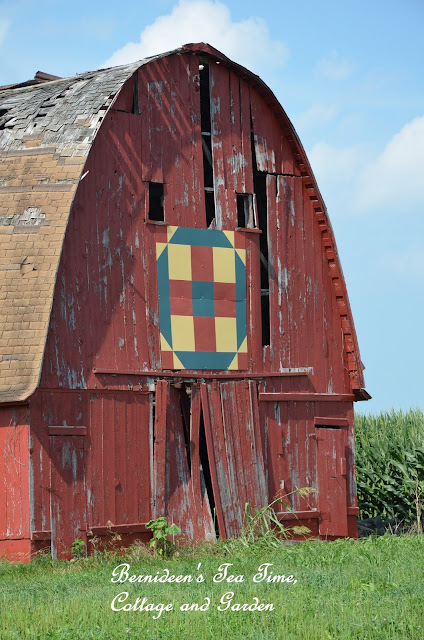 Posted by Bernideen at 8:00 AM

I just love reading about the little interesting towns in your area. I went over to blogloving and wrote down all the names of towns you have visited recently to plan a road trip through Missouri this Fall. I don't know if you've been to Wildwood (West of St Louis) but it is my favorite town in MO, maybe because Three French Hens' shop is there. Just wanted to say how much your tours of the little towns are appreciated.

What a charming little town. The houses are beautiful. I get excited whenever I see a barn quilt on an old barn or new barn!

A very interesting town Bernideen. The houses are lovely and well kept.

For such a small town they sure do keep it looking good. I would love visiting here. I love these small mid-west towns.

Arrow Rock is such a quaint little town, I have not been there for so long! They used to have the best antique shop in an old home and they have a great Historical Society house museum with period furnishings. Loved that for sure! You'll have to go back on a Friday or Saturday.